Please kindly note, we are currently unable to undertake enquiries from private individuals.

Please kindly note, we are currently unable to undertake enquiries from private individuals, including the translation of birth certificates, academic documents, etc

Culture influences language and language, in turn, influences culture. This happens in ways both obvious and almost imperceptible. TJC Global understands that being fluent in a language also means being fluent in the subtleties and intricacies of the culture and business etiquette associated with it. To ensure that no embarrassing misunderstandings occur in a professional context, all our translators and interpreters are experts in the business culture and etiquette associated with the languages they work with.

If you require translation or interpreting assistance of any kind in India or anywhere else, please use the FREE QUOTE SYSTEM on the right-hand side of the page or contact us.

A brief history of India 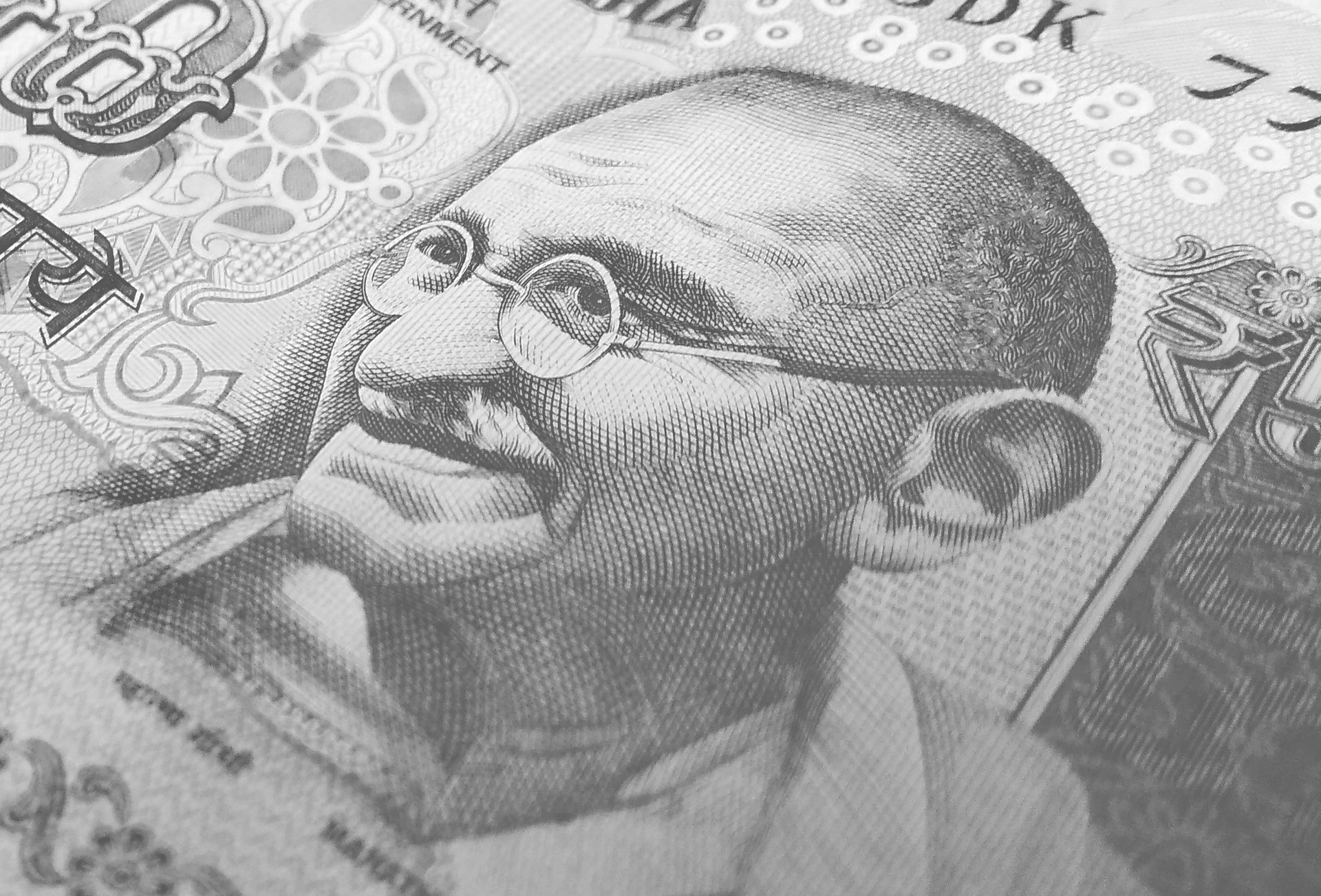 India, officially the Republic of India is a country is South Asia, It is the 7th largest country in terms of geographical size, the second most populated country in the world and the most populated democracy in the world.  Bounded by the Indian Ocean on the south, the Arabian Sea on the west, and the Bay of Bengal on the east, Inida is bordered by Pakistan to the west, People's Republic of China, Nepal, and Bhutan to the north and Bangladesh and Myanmar to the east.
Home to the Indus Valley Civilization and a region of historic trade routes and vast empires, the Indian subcontinent was identified with its commercial and cultural wealth for much of its long history.  Furthermore, four major world religions, Hinduism, Buddhism, Jainism and Sikhism originated there, while Zoroastrianism, Judaism, Christianity and Islam arrived in the first millennium CE and shaped the region's diverse culture. Gradually annexed by the British East India Company from the early eighteenth century and colonised by the United Kingdom from the mid-nineteenth century, India became an independent nation in 1947 after a struggle for independence that was marked by widespread nonviolent resistance.

India has had an average annual GDP growth rate of 5.8% for the past two decades, the economy is among the fastest growing in the world.  It has the world's second largest labour force, with 516.3 million people. In terms of output, the agricultural sector accounts for 28% of GDP, while the service and industrial sectors make up 54% and 18% respectively. Major agricultural products include rice, wheat, oilseed, cotton, jute, tea, sugarcane, potatoes, cattle, water buffalo, sheep, goats, poultry and fish.  Major industries include textiles, chemicals, food processing, steel, transportation equipment, cement, mining, petroleum, machinery and software.  India has been exporting increasingly as well, their exports include petroleum products, textile goods, gems and jewelry, software, engineering goods, chemicals and leather manufactures.

India's culture is marked by a high degree of family values and cultural pluralism.  It has managed to preserve established traditions while absorbing new customs, traditions, and ideas from invaders and immigrants and spreading its cultural influence to other parts of Asia. Traditional Indian society is defined by relatively strict social hierarchy. The Indian caste system describes the social stratification and social restrictions in the Indian subcontinent, in which social classes are defined by thousands of endogamous hereditary groups, often termed as castes.  The Inidan family is very tightly linked and they have an important relationship to religion and their own Indian traditions and customs.

India has one of the largest selections of language dialects in the world, this includes over 25 different dialects.  This is just one exmaple of the cultural and religious abundance that India has, and at the same time they can all work together and assimilate their thoughts and beliefes into the Indian culture as a whole.  This allows everyone to benefit from this shared idea system and adds to the wealth of the Indian culture.

The Ministry of Environment and Forests in India is well aware of the changes that Global Warming is placing on their countries, from India's vast river system, to the Himalayas, India is at risk, as is the rest of the world, that it why they have taken the initiative to control global warming and limit its effects.  India has been workingly closely with the West to create the necessary measures of prevention in order to control this situation for the benefit of not only India, but the rest of the world.

In the near future, India’s GDP per capita will quadruple and the Inidan economy is expected to surpass the American economy by 2045.  But if it can fulfill its growth potential, it can become a motor for the world economy, and a key contributor to generating spending growth.  The Indian economy has grown steadily over the last two decades, India will look to continue to grow and close the gap between its poorer and richer classes.  India has a bright economic future and will surely continue to be one of the most important economies in the world.

What form/s of interpretation can TJC Global provide?

Video / videoconference interpreting is a practical
alternative to meetings and presentations that cannot be held in person. Like telephone conferencing, virtual meetings or video remote conferencing enables participation in presentations and conferences by people located anywhere in the world. In addition to this, video conferencing allows attendees to see one another, as well as share visual aids such as documents and PowerPoint presentations.

By participating in your video conference, our professionally qualified interpreters can interpret remotely to facilitate smooth communication between all parties, in whichever language pairing you require.

Telephone / teleconference interpreting is a practical way to bridge any language barriers. The interpreter is either located remotely (away from either party) or is with one of the parties. In both cases they deliver interpreting services through telephone conferencing.

Telephone interpretation is useful for clients who cannot travel to their counterparts' country, but still wish, for example, to hold business discussions or to communicate progress updates.  At TJC Global, we are very happy to provide you with professionally qualified interpreters around the world in almost any selected language combinations.

is used for international conferences, critical business discussions, seminars & symposiums. In this case, there are usually two to three interpreters situated in a booth, away from the audience, who take turns to interpret at high speed, changing over every 15-20 minutes to avoid fatigue.

The interpreters use headsets to listen to the message of the speaker and repeat it immediately (practically "simultaneously") in the target language for the benefit of relevant audience members.

Consecutive interpreting (also available with Video Remote Interpretation (VRI)) is the most common type of interpreting. It is used for business discussions, negotiations, contract exchanges, commercial, legal, technical discussions, medical or court hearings or on site inspections. The interpreter listens to the speaker, often making notes, and delivers the meaning in the target language afterwards. The interpreter may wait until a pause or the end, at which point they deliver a translation relatively quickly. Consecutive interpreting may also be used at conferences for panel discussions, Q&A sessions or private discussions between parties - at a stand or elsewhere.

Looking for translation or interpreting assistance ?

TJC Global provides specialist interpreting and translation services in a wide array of specialist fields. Whatever your requirement, we can find the right linguist to assist you. If your industry or project-type is not listed here, please contact us directly with your enquiry.

Our language specialists utilise their knowledge of subject-specific terminology to deliver precise, unambiguous translations whatever the context - enabling you to communicate effectively with the rest of the world. We are also able to adapt to almost any type of project.

What to do next?

For a quote for interpretation and translation services, please use the Quick Quote system on the right of the page.

You are free to use the information on this web site under the condition that you include a link to our site on the same page on which you cite us.
Please click here for further information.

TIME FOR SOMETHING REFRESHING?

TJC Global's blog covers light-hearted, interesting, and often remarkable, stories from across the globe in the fields of business, engineering, the environment, science, culture and language.

A team of scientists at Kyushu University in Japan is working to develop a possible COVID-19 vaccine using silkworms, the Nikkei Asian Review reported. The vaccine is scheduled to be tested on humans in 2021. The researchers, led by Professor Takahiro Kusakabe at Kyushu University in Fukuoka, are utilising the silkworms like factories. Each worm […]

The ‘Suiso Frontier’ vessel was launched on 11 December 2019 from the Kawasaki Heavy Industries shipyard in Kobe, western Japan, the company said in a press release. The carrier ship has been designed to transport hydrogen produced in Australia to Japan. Measuring 116m long and 19m wide, the vessel is capable of conveying around 1,250m3 […]

UK producer of soda ash, sodium bicarbonate and salt, Tata Chemicals Europe (TCE) has announced plans to build the UK’s first industrial-scale carbon capture and utilisation demonstration plant to trap carbon dioxide emissions for use in its baking soda manufacturing operations. According to the company, the project marks a world first in capturing and purifying […]

GET A FREE QUOTE